How 6:1 Creative Was Formed

How 6:1 Creative Was Formed

I didn’t get into all this with the goal of building a creative business. In fact I didn’t realise my creative streak or my love for great design until I was in my 30s. There wasn’t a eureka moment or anything like that. Because it was always there, I just hadn’t become conscious of it yet. 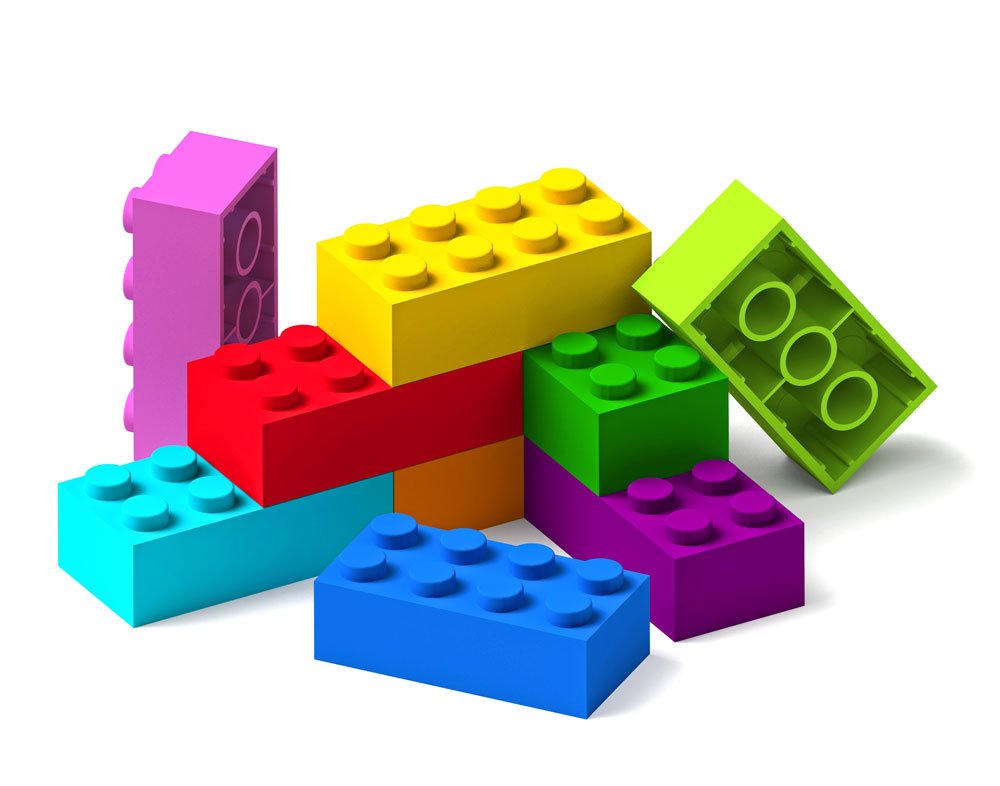 The Virtues of Free Styling.

Thankfully smoking a pipe never really hooked me. I was born in Manchester during the early seventies and my first childhood addiction was Lego. I’m very grateful for that, because their iconic building blocks opened my mind and imagination to a world of creativity.

Like many people, I rarely bother to read instructions. And as a child, when conjuring my own creations, I definitely preferred a freestyle approach. I mostly remember building what I imagined were aircraft and space ships.

Is Lego The Best Toy Ever?

My results, possibly inspired by Star Wars, were never perfect and would often develop into something different. But no matter which outside influences inspired my childhood creations. Ultimately I must thank Lego. Because they gave me building blocks that helped me discover the possibilities of divergent-thinking. So for that reason alone, it’s the most incredible toy ever invented.

Appreciating the beauty in good design doesn’t necessarily make you a creative person. And being a creative, doesn’t instantly make you great at designing stuff. Because nothing happens without practice. 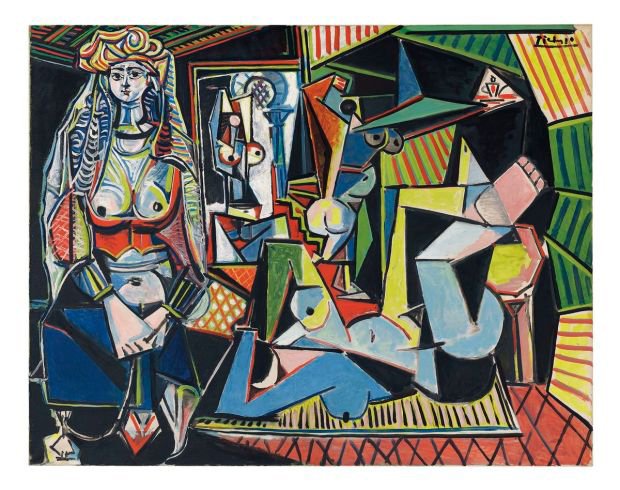 I firmly believe everyone has an inherent ability to be creative. The only reasons behind why we’re not all creating cool stuff, relate to childhood. Some haven’t explored their creativity and many don’t continue the exercise. Being open to influence is the difference between those who know how to exercise their imagination and those who can’t see the possibility of something. The rest is just practice.

When people say anyone can be an artist, it’s true. All it takes is a desire to start something, an open mind and the courage to open your emotions to criticism.

I started practising again during my 30s. All my free time was spent addicted to things that fed my imagination. Great music, games, books, magazines, architecture, technology, model railways, industrial design, art and photography. It all made me a happy nerd, but it also began to positively influence my work.

“Immature poets imitate; mature poets steal; bad poets deface what they take, and good poets make it into something better, or at least something different. The good poet welds his theft into a whole of feeling which is unique, utterly different from that from which it was torn.”

Attempting To Build a Career

During my years in education, when it came to career advice. The consistent message from everyone, everywhere was “Neil, build a career with a big blue-chip company, its the only way!”. Therefore I eventually took their advice and joined German multi-national Henkel, to build a career. 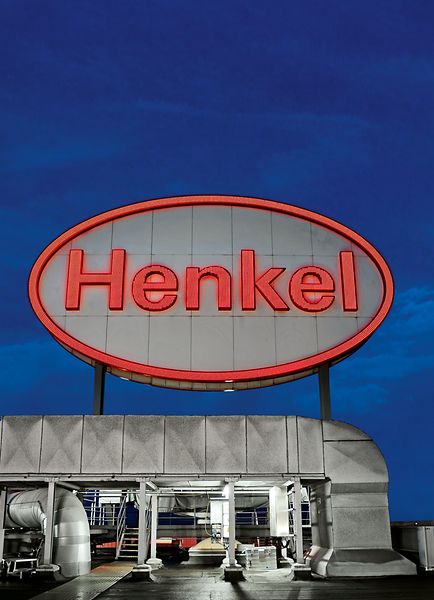 It wasn’t a mistake. When I look back on the best years, they invested in me and I got a brilliant education. Eventually I would get to travel the world and experience all the highs and lows of business with them.

Being there also allowed me learn the short comings of big business environments. I witnessed teams that had been formed to create race horses, produce camels instead. And oil tankers attempting to pivot quickly.

If you’ve attended any business meeting, then I’m sure you’ve experienced the use of jargon. During my time at Henkel I experienced my fair share and I detest it. Especially when its used to meaninglessly fill presentations and conversations during meetings, extending them unnecessarily. I’m talking about lazy sound bites that people infectiously pick up and keep regurgitating over and over again. It brings zero value to a subject and life’s simply too short to waste time on it.

I think self obsession can be an ugly consequence of working extended periods inside competitive corporate environments. Often, as people acquire more and more responsibility, they can begin to take themselves a little too seriously and I’ve been there. In other words it’s an unhealthy diversion from what really matters. It normally starts with a desire to get ahead and while theres nothing wrong with that. Personally I became obsessed by job titles, only focused on the superficial things I needed to climb the greasy pole. Always looking towards my next new business card or a fancier company car. Instead of more valuable self improvement skills.

Don’t Be a Narcissist.

Theres no profound moral to my time at Henkel, other than to say I don’t think I let any personal narcissism creep in. Moreover I learned to avoid using business bull and eventually I overcame my job title obsession. Thankfully I came away with a lot, including the things I don’t like about large corporate environments.

You Saw Me Standing Alone.

Please don’t judge too harshly, but I’m a life long Manchester City supporter! Consequently prior to 2011, I’d experienced my unfair share of football disappointment and humiliation. But I remained loyal.

Thankfully my loyalty was finally rewarded.  In 2011 City won the FA Cup, their first trophy for 34 years. For the first time in my life they were finally a great team and it felt good.

So what’s that got to do with anything? Well later that year, on Sunday the 23rd of October, City played United in the Manchester derby.

Remembering a day at Old Trafford that changed face of football in Manchester.

It’s fair to say this was a fixture that had historically contributed to many of my footballing disappointments and humiliations. But on this occasion City were magnificent, they broke records by hammering United 6-1. And I was elated.

The following day there was no time to celebrate. Because I lost my job!

My time at Henkel was over in early 2011. Much had changed and as a result, working for them was no longer fun. A new regime had arrived and they went about their work in a cold, passionless way. However, even though I didn’t agree with their methods, they did help me understand the true value of an organisations culture. This was because in next to no time, their questionable decision making, destroyed what had been a successful one at Henkel!

Sales went into reverse, people left and many who remained, were coerced into a cynical office culture. Where just appearing to work hard, was enough. Mostly because all honest extraordinary efforts were always quickly forgotten and never rewarded. So with years of experience and dedication seemingly worthless, it was time to jump ship.

Why Don’t You Want Me?

Unfortunately the company I chose for my new adventure, turned out to be a terrible option. I blindly jumped straight into an environment that, for many reasons, didn’t really want me. Rejected and burnt out from trying to make things work, I departed before the end of the year. I was forty years old and I’d lost my confidence. Consequently I felt confused and I was unsure about what to do next.

Perseverance In The Face of Adversity.

Following a long period of soul searching and something to drink. Eventually I got myself together. I refocused on my strengths and after deciding what I wanted to do, opportunity eventually knocked. I’d spent many years indoctrinated in the ways of big multi-national organisations, but now I’d be on my own and self employed. Can you make a career and a business out of something on your own terms? Well, with perseverance, I think you can.

Any new business must have a name. So after some consideration and my obsessive love for things to exist with meaning, I quietly decreed that Six One Enterprises Limited was born. Arguably it should have been One Six Enterprises, because City were playing away! But Six One just sounds better.

“Six One” marks a moment significant change in my life. Moreover, for me it also stands for perseverance in the face of adversity acting as a reminder that loyalty eventually finds a way to pay you back.

How to Write a Creative Brief